FISQ - Does Not Show Up For Rehearsals

The Free Improvisation String Quartet, (FISQ, Hermanni Yli-Tepsa (FI): Violin, Dominik Schlienger (CH): Viola, Timo Pyhälä (FI): Bass; Saara Viika (FI) Cello / Sergio Castrillon (CO): Cello), does not adhere to any form of score, but will happily take cues and inspiration from whatever is around them during performances. FISQ has a very distinct sound, due to extended playing techniques on the acoustic instruments and the individualities of its members There's only really one rule: be willing to break it. FISQ played together for some years, and yet, every time it feels entirely fresh and suprising.

FISQ's performance of the Leluhelikvartetti won an award for "Excellence in Art, Design and Production of Sound" at the international Klingt gut! Symposium on Sound in Hamburg. In 2019 FISQ improvised a soundtrack for the full length of F. W. Murnaus silent film Tabu: A Story of the South Seas, at the Norpas Festival in Dalsbruk, Finland. 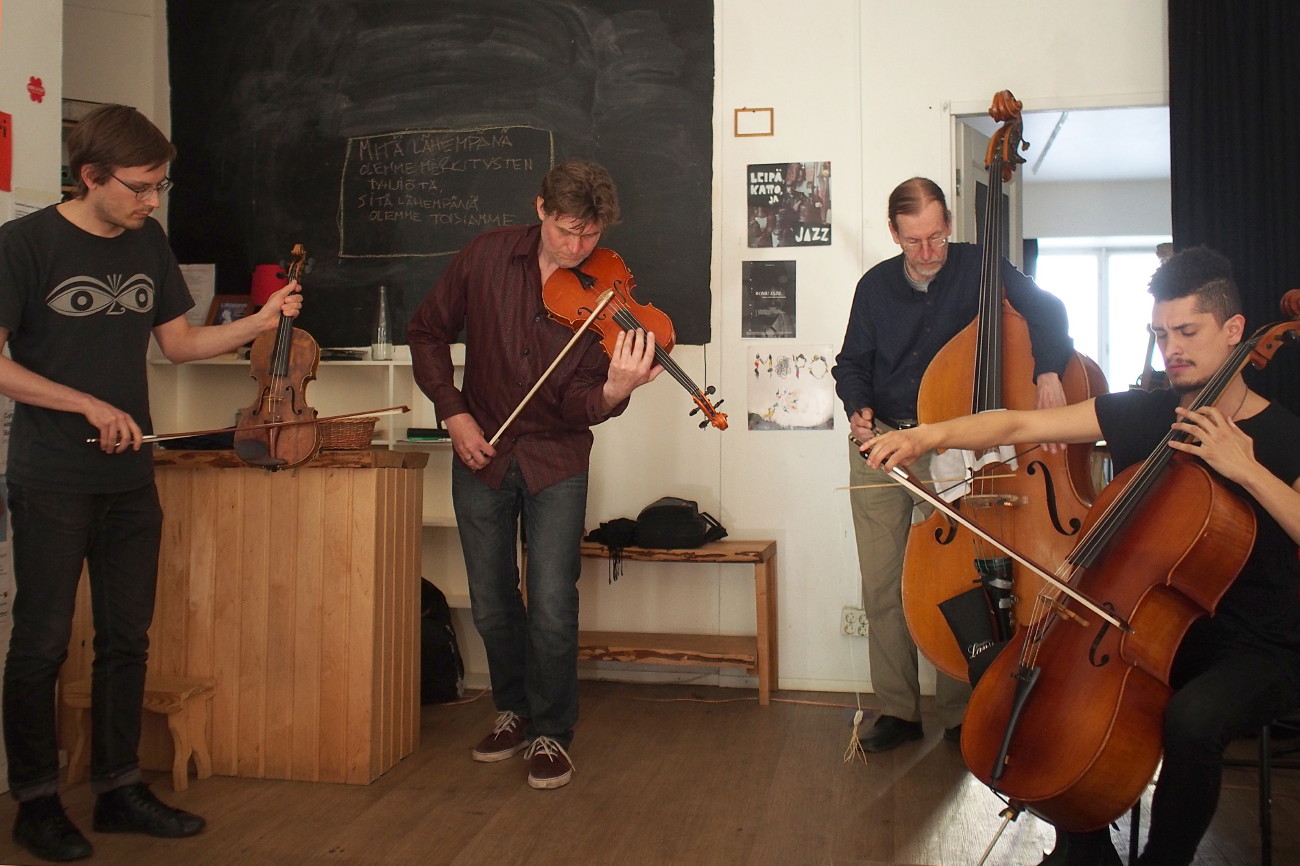